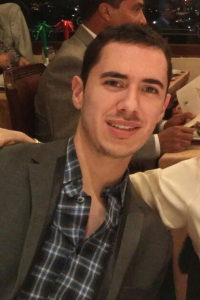 I am an MASc  student in Mechanical Engineering. Before this, I received my bachelor’s degree in mechanical engineering from the Western Institute of Technology and Higher Education (ITESO), Guadalajara, Mexico, in 2014. My main areas of interest are thermodynamics and energy efficiency.

During my undergraduate studies, I developed a steam generator to for small-scale lab experiments, such as hydrodistillation processes, spray drying processes and steam jackets. In the summer of 2014, I participated in the Mitacs Globalink project titled “Rolling resistance of wheelchairs, a detailed analysis” focused on increasing the mechanical efficiency of the manual wheelchair by reducing the rolling resistance friction force of the front caster wheels. The project took place at the International Collaboration on Repair Discoveries (ICORD) centre of the UBC Faculty of Medicine and VCH Research Institute.  Before joining EAL in 2015, I worked in the semiconductor industry as a thermal engineer.